Ice Cream on Your Cobbler? 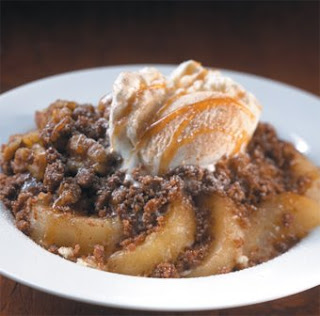 The day after I arrived in Texas, my sister and I drove over to Beaumont to pick up my brother and his family, and we head off to the great state of Louisiana. Now you just might be asking yourself, "If he just got to Texas, why would be heading off to Louisiana?", well I will tell you. 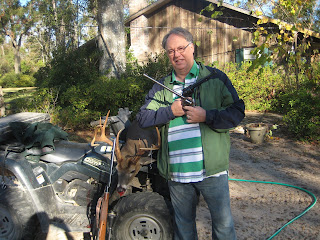 Well you can say you saw it here first! Yes I am holding several guns, no I did not shoot any of them and if you notice to my lower right, your lower left, yes that is a REAL dead deer laying across the 4 wheeler. No I did not shoot the deer, my brother-in-law did just a about 30 minutes or so before this picture was taken. One of the Doctors Iwork for asked me to send him a picture of me holding a weapon after he found out I can shoot a gun. This is the picture we sent him. Just so you know, I can shoot the rifle leaning up against the 4 wheeler, yea its scary I know!
Posted by jaymes at 8:30 PM No comments:

Deep In The Heart of Texas


Yep that is just where I was a couple of weeks ago, deep in the heart of (East)Texas. After almost a year and half, I decided it was high time I took a little trip back home to Texas, just so
everyone there would not forget just how good looking I am ! (Just kidding!!) Every since I moved out here to the Californias I have gone back to Texas to see the family about once a year.
But this past year I was not able to go since I had changed jobs in the middle of the year and did not have any vacation time. So on November 8 Patrick dropped me off at LAX and a couple hours later I was in the big silver tube hurling through space toward Texas. My sister and brother-in-law picked me up at the airport and we started back to their house were I stayed for the next week.
Now the very minute you step out of the airport you can notice a BIG difference between Los Angeles and Houston, Texas. For one, even though is it an international airport, it is way smaller than LAX. As we were making our descent into Houston, I looked out the window and saw downtown Houston, the first thing I said was "It looks so small!". Well comparted to downown LA, I guess it is. And downtown LA sure does not have as many trees surounding it as Houston does either. There is another shocking difference when you step out of the airport, EVERYTHING is so green!

We drove the 90 miles back to my sister's and dropped off my brother-in-law so he could
go deer hunting that afternoon. Yes, I said deer hunting. That in itself is a whole nother story I will not venture into, although I will try and include a pic of yours truly with guns and a deer to show you what I mean. Yes as scary as it may sound to you, I do own a gun, I do know how to shoot it, although not really well any more.

So after we dropped my brother-in-law off at home, my sister and I headed to Beaumont (which is about 30 miles away) to see my brother and his family. My brother, Steve, and his wife, Nancy, have a beautiful son named Morgan. Morgan and I do talk on the phone when I call my brother about every couple of weeks, but I have not seen him since he was 2, he just turned
I was not ready for a grown up little Morgan, but that is just what I got. He is adorable, and better yet, he really loves his Uncle Jaymes. We played and 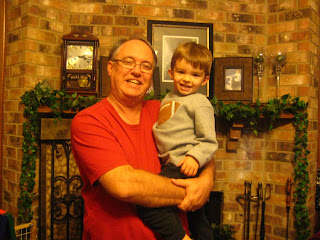 laughed alot (he and I got in trouble at the restruant when we went to eat because we were making too much noise!)
So after we went to dinner, my sister and I headed back to her house. Anyone living in the Los Angeles area would be very envious of the Texas freeways. They are beautiful, wide, smooth and not really that many cars on them. I called them Heaven!


So for the rest of the week my sister and I ran around the countryside, visited some old homes that are now museums, took long walks in the woods, watch my brother-in-law and his brother and a friend, gut and skin a deer one of them had killed,drove around on their 200+ acres of blue berries (they are blue berry farmers) in her gold cart and just relaxed and had a wonderful time.

One thing I do want to mention that many of you will find strange, one of the reason I like to go back home to Texas besides seeing my family,is I really enjoy how quiet it is there. And I do mean quiet. Not even on a good day anywhere in the LA can you experience the queitness that
is there. It is total forests and ponds and lakes and creeks, nothing for miles and miles that would make a loud noise. I can sit on her back porch and watch the squirrels run around the yard and up the trees. I can try and count how many different kinds of birds I see in her trees (Saw a Bluejay and a Red Headed Woodpecker this trip). That is the kind of world I grew up in all my younger life, and it that part I really miss sometimes. They laugh at me back home when I tell them I really miss hearing the wind blow through the pines trees, it is the most soothing sound I know. They laugh at me about that because they have no idea what is like NOT to be able to step outside and hear it.


This trip was really good for me and I am really glad I stayed so long this time.( I usually stay only 3 or 4 days but this time I was there for 9.) The countryside where I grew up has really changed. Two horrible hurricanes have torn through there in the last 3 years, the forrests that I grew up with and played in and lived around, have really been changed by the high winds of the hurricanes. My sister is getting ready to put my Mom's house on the market to sell, which we have to do according to her Will. That is the house I grew up in since I was 5. Through the years, where ever I have been and I think about going back home, it is that house I think about going back to. If things work out as we hope, this will be the last trip back home that I get to
sit on that porch and look out over the neighborhood I grew up in. But you know, this is not
a sad thing. Since my Mom passed away, it is just a house. I was really surprised the first time
I went there after she passed way. It did not feel special anymore, it was just a house like that of someone I did not know. And I realized that now it is just a house,what made it such a special place was gone. Over the past couple of years since she died, I have wrestled with this intense sadness from time to time that I could not explain. But a week or so before I went to Texas, I tried to explain what I was feeling to Patrick, and he looked at me and told me, "You miss your Mom", and I realized that he was so right. But this trip back home to Texas helped me to make
peace with that sadness, and I came back to California a much happier me. 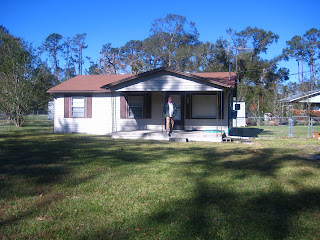 We had a couple of adventures while I was there that I will share with you in a couple of other posting, so stay tuned!!

p.s. For those of you who are not Texans, and for those of you are wish you were, the above
verse comes from a very lively little tune every Texan knows by heart. It is fast and lively and
even has hand clappen in it. Just ask me and I just might teach it to you!!
Posted by jaymes at 6:39 PM 1 comment: