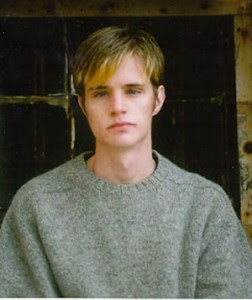 I am sure for all of us, there are certain days of the year that stand out because something happened on that particular day that touched our lives, and in some way, changed it forever. For me personally I have two such days this week. Two days that each year make stop and remember right were I was on that day when the event happened.

Can you remember where you were and what you were doing on this day 11 years ago?
I certainly can. I was sitting at my desk in the Desert Aids Project in Palm Springs, California getting ready for the Health Center to open and our first patients to arrive for the day. One of my co-workers came by desk to let me know that the news had just announced that Matthew Shepherd had died. At that moment I felt my heart break and my eyes tear up. For everyone at work that day, including the patients who came in, it was a quiet somber day It like one of our best friends had passed away, and not a one of us ever met him.

Matthew Shepard was by no means a Saint, although at the time of his death the media certainly tried to make it seem like he was. He was an ordinary 21 year old University student. He had always had his share of problems, just like we all do.
Matthew was only 5'2" and weighed somewhere around 110 lbs, and Matthew was Gay.

I am sure most of you remember the media blitz when Matthew was murdered, but I would like to refresh your memory just a little in case you don't remember and
for some of my younger readers who don't know about Matthew.

Matthew was a student at the University of Wyoming in Laramie. One night after he and the members of the Lesbian,Gay,Bisexual, Transgendered Alliance had finished up
a meeting to finalize plans for Gay Awareness Week on campus, Matthew decided to go over to the Fireside Lounge and have a beer before calling it a night. That was on October 6. It was at the Fireside that he met Aaron McKinney and Russell Henderson. Matthew was known not to meet a stranger and talked with anyone who wanted to have a conversation. It was around 11:45 that Matthew was seen leaving the Lounge with McKinney and Henderson. It was later revealed the two had figured out that Matt was Gay and they had told him they too were Gay. They left the Lounge in Henderson's truck with Matt sitting in the middle. Once they got away from the bar they
told Matt they had lied to him and they were not Gay and he had been jacked. McKinney demanded Matt's wallet and became enraged when he only had $20.
He began beating Matt in the face,neck and chest with his fists and the butt of
a Smith and Wesson .357 pistol. While all this was happening, Henderson just kept on driving and drove them about 4 miles out into the prairie.
McKinney then pulled Matt out of the truck and continued to punch him and kick him and hit him with the butt of the pistol, while Henderson just stood there and laughed. They later told the authorities that Matthew had screamed for mercy and begged them stop even telling them he had more money they could have back at his apartment if they would just let him go. But instead of believing him, McKinney
ordered Henderson to tie Matt to a near by split rail fence. So Henderson got a piece of close line out of his truck and tied Matt's hands behind him, with the backs of his hand facing each other and then tied him to the fence. The media said that Matt was tied to the fence spread eagle like he was on a cross, but in reality he was sitting down and tied to the bottom of the fence. Matt was still very much aware of what was going on and when McKinney realized that Matt would be able to tell the authorities who had done this to them, he became so enraged that he hit Matt 3 times with the butt of the pistol , crushing Matt's skull, caving it in behind his right ear and rendering him unconscious. It was this act, the family later found out, that ended Matt's life and put him into a coma. It was later calculated that the whole ordeal, from the time they left the lounge until
McKinney dealt the fatal blows, only took about 45 mins.

Eighteen hours would pass before Matt was found. And it was totally by accident.
Aaron Kreifels, he himself a student at the University, came flying by on his mountain bike just about sunset. He hit a rock and took a tumble. As he was getting up he noticed what he thought was a scare crow tied to the fence and went over
to investigate and found Matthew. He ran to the nearest house which was about 250 yards away to get help. He was taken to the hospital in Laramie but it was determined the hospital was not equipped to handle Matt's head injuries, so he was flown to the hospital in Fort Collins, where he died 5 days later, never regaining consciousness. The only reason Matthew was the target that night was because he was Gay.

Judy Shepard, Matthew's Mom, is a truly remarkable woman. Since Matt's death she and her husband have created the Matthew Shepard Foundation, to try and educate people and stop the hate toward the LGBT community. She recently published a book
entitled "The Meaning of Matthew" and I can't urge you enough to read it. It is
an outstanding account of the person Matthew really was and the details
they have learned of what actually happened to him that night and in the days, weeks and months that followed. It gives an eye witness view of the two trials of McKinney and Henderson and how their lives and the life of their younger son Logan, have been changed forever.

So why should what happened to Matthew make such a difference to me. Well you see,
what happened to Matt, well that could certainly happen to me too, just because I am Gay.
There have been times in my life I have been harassed and their have been times in my life I have even feared for my life, just because I am Gay. It happens every day.
Matthew suddenly became every Gay person's friend because we all knew, no matter where we lived in this world, that it can happen to any of us. At the time I am writing this, for the past 10 years, we have been trying to get a Federal Hate crimes Bill passed that would include sexual orientation. Just like it is against the law to discriminate against someone who is Black or someone because she is woman. We do not have a Federal Law that protects those who are Gay, Lesbian or Transgendered.
BUT, right now there is a bill before Congress that looks like it could finally pass, and you know what it is called?, The Matthew Shepard Hate Crimes Bill"

So that is why on this day, October 12, each year, I remember Matthew Shepard.
Matthew was just your ordinary run of the mill college student, who happened to be Gay. But because of what happened to Matt, hate crimes again the Gay community was brought to the fore front of the whole world, and this time, they was going to have to be dealt with.

And what happened to Matt....can surely happen to me, or any other GLBT person you know, so pleae never forget Matthew.

p.s. It was by accident that I read Judy Shephard's book this past week. I got it in the mail and since I have had to stay in bed with this cold I have been battling, I started reading it. I realized while I was reading the book that I lived in Casper, Wyoming and attended St Mark's Episcopal Church in Casper, the same time the Shepards were there also. Changes are I had seen Matt helping attend during the Church Services and could have very possible met his parents in passing. Sometimes in looking back, the world certainly is a small place.
Posted by jaymes at 6:06 AM No comments: