For those of you living in the LA/Long Beach area, I am sure that at some time or another you have either seen the Vincent Thomas Bridge or have driven over it. For some odd reason, I really enjoy driving over it, with the windows rolled down and the breeze blowing though the car. I don't know, its just something I like to do.

Now for those of you who don't have a clue what the Vincent Thomas Bridge is, it is a 1500 ft suspension bridge that crosses over the LA Harbor and connects San Pedro to Terminal Island in the LA Harbor. Over the years I have driven over it many times.
But this past Labor Day a friend of mine was in a marathon than ran over the bridge, that is something I just couldn't imagine. 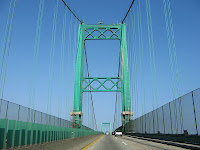 When I found out my friend Mike was going to be apart of a marathon this past Labor Day called, you guessed it..."Conquering the Bridge", I told him I would be there to root him on and experience the whole thing for myself. As I was driving over to San Pedro EARLY that morning, I got to thinking that I had never actually attended a marathon. I had been to and participated in many walks over the year, but never a marathon, so I was a little excited about this myself.

I met Mike a couple of years ago through his girl friend, Cynthia, who is a very close friend of mine and Patrick's. He is a really great guy and I knew that he had run marathons and such before. I guess the thing that really surprised me about this one was that he was going to run the marathon and then go home (the starting line was just a couple of blocks from his apartment), get cleaned up and then go on to work like it was no big deal!! Now let me tell you, there is NO WAY I would be able to get up, run a 5 mile marathon and then go to work like it was no big deal.
I am sure I would be spending the rest of the day just trying to catch my breath and work on getting the feeling to come back into my legs!

So that morning when I got to his apartment, Mike was already down at the event getting registered and such. Cynthia met me and we walked on down to meet up with Mike. When we got there there was already a pretty good crowd gathered and more people were coming in. You could actually feel the excitement as you walked though
the crowd. There were people of all ages taking part in this, guys who were probably no more than 12-13 years old to men and woman who were in their 60s. I noticed a couple of people were going to run barefoot. Now I had read about people running barefoot from my blog buddy Jonah (jonahskye.blogspot.com) and from another blog I keep up with(larunner.blogspot.com). The very concept is nothing new to me because when I was growing up back in East Texas,my brother and cousins and me were always ran around barefoot, that included running through the woods around our house. But seeing people actually going to run a marathon barefoot did come as a big surprise to me.

So the time came and they took off and Cynthia and I sat back an waited for their return. I was actually surprised that in about 35 mins some of the runners were
crossing back over the finish line!! Now I guess I had not given much thought to how
long it would take then to do the run, but here were in a little over 35 mins cheering for those already cross the line. It was really an awesome thing to experience. There was such a show of comradery, no one was out to "beat" anyone, everyone was there to finish the marathon. Cynthia and I started looking for Mike and in what seemed like no time, there he was crossing over the finish line.(you won't see a pic of his crossing the finish line because my camera jammed just as he was getting close to it!!)
The first thing that I noticed about Mike was that even though he had just ran a 5 mile marathon over the Vincent Thomas Bridge, he looked like he had never run at all!! Me, I know just about how haggered I would have looked!, it just would not have been pretty!

So after he was finished, we walked back to his apartment,he got ready and took off for work and Cynthia and I headed to lunch! I was a great morning and I was really glad I was able to be there to be apart of it!!

p.s. Running is something that has always fascinated me but it is something I just did not think I could do myself. Like I said, running was just a part of my life as I was growing up but as I got older and got a car, it just ceased being apart of my life anymore. But over the last few months it is something that has been on my mind a great deal. I know Jonah really loves his running and Billy over at LA Runner does too. They really inspire me that even at my advanced age, LOL, it is not too late to take it up again, it will just take some patience on my part to ease back into it.
You just never know, one day I could be telling you about a marathon I was in on here. 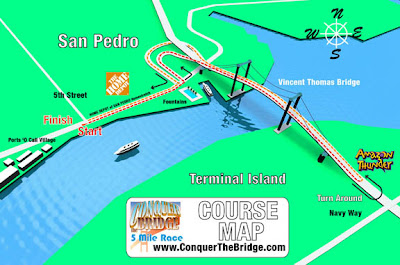 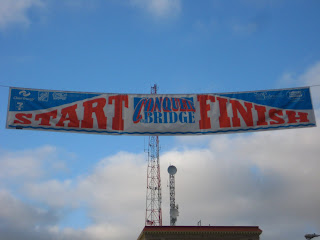 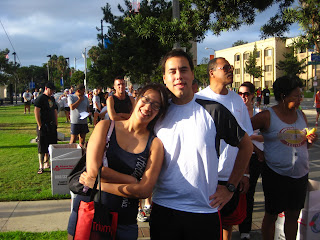 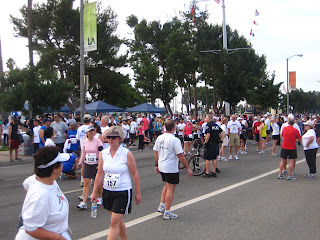 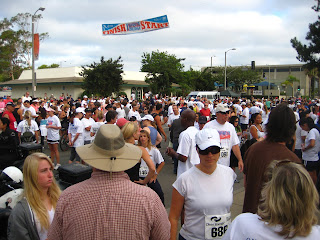 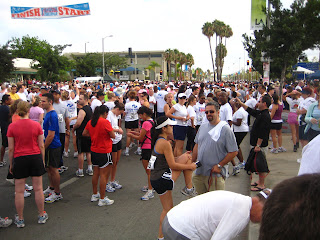 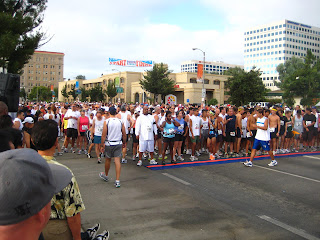 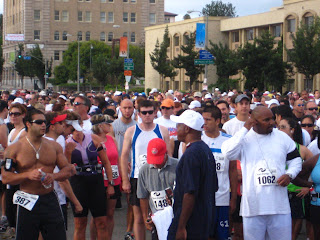 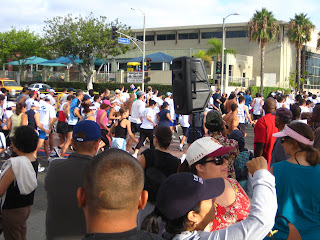 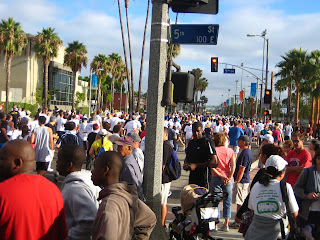 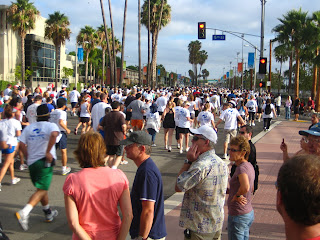 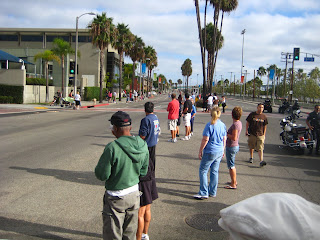 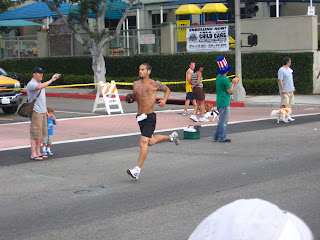 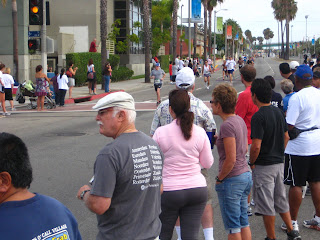 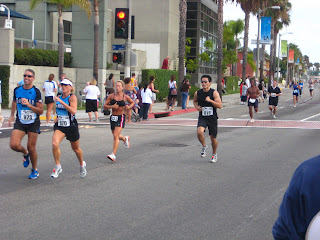 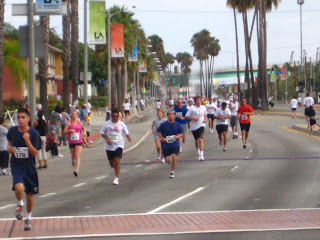 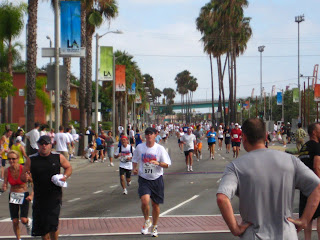 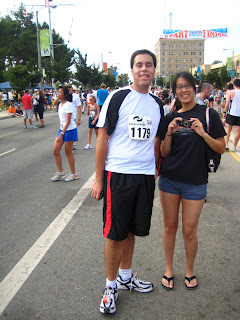 I can promise you I would never look that good after a 5 mile marathon!!
Posted by jaymes at 3:43 PM 2 comments: