It was very late in the day on that warm July 4 afternoon. I had taken the train down to Union Station and walked across the steet to El Pueblo. Now for those of you who do not know, El Pueblo is where LA all started in 1781. The buildings there around the old town square is where it all started for LA. Now it is pretty much a tourist attraction, but I enjoy going down and watch the people who come and go through the center square.

By the time I got there all of the July 4th celebrations had long been over. The crowds were gone and a cool breeze had started blowing in. The place was pretty much deserted and it had a peaceful feeling to it. I walked around and found me a place to sit on the far side of the square. I was just going to sit there for awhile and enjoy the peacefulness until it was time for me to catch the train downtown to meet up with the nephew.

I had not been sittig there very long at all when I saw them slowly start coming into the square. There were several Hispanic families making their way slowly to
the far side of the square from where I sat. A few of the men had guitars, they
were all in their late fifties and up I would say. They had not come in a group, but
it seemed like they had all just met up there in the square. As the sun was setting and the light breeze was blowing across the square, the men with the guitars started to play, soft slow melodies made their way across the square. You could hear the woman talking among them selves and the music,that was about all you heard. I sat
there and took it all in, feeling like I was easdropping on them.

I first notice her as she was making her way into El Pueblo and coming toward the
square. She had to be 80 years old if she were a day. An older Hispanic woman,
carring a bag of what looked like groceries in each hand. She was holding them
by the loops in the top of the bags and the bottom of the bags almost scraped the ground. She was walking with determination in her walk as if she were in a hurry and had some where she had to be.

She was wearing a dress like my Grandma use to wear alot, a one piece shift that
draped over her and hung straight down, no belt. She hurriedly made her way through
the square between me and the guitar players on the other side. She had almost made her way across the square when the men changed the song they were playing, which had been a lively one, to one that was like a slow waltz of a song. She stopped so
suddenly I thought she was going to fall and I started to jump up and help her if she did but she stopped and slowly turned toward the men, watching them as they played. Then she slowly started making her way back across the square until she stopped just a few feet away from the men. She stood there a few seconds and slowly
bent over and set the bags she was holding on the ground.

Then she slowly raised her arms to about shoulder level, and she started dancing.
With her arms raised she would twirl around as if she was dancing with a partner in a slow methodical way. She would sway from side to side and spin around slowly.
She kept in perfect time with the music, and then one of the men started singing
in Spanish, a beautiful melody. It was then I notice she had her eyes closed as she
danced and it was at that moment I realized that though her body was dancing in
front of us, in her mind she was remembering a time in her life long ago when she danced to this as a younger woman. Maybe in was with her boyfriend or maybe in was with
her husband when they were a young couple. It was something so beautiful to watch.
She continured dancing and the men continued to sing and play. Then the song slowly started coming to an end and she slowly lowered her arms and stopped dancing as the song ended. For a brief second or two she just stood there, then she slowly reached down and picked up the bags, she turned and made her way across the square in the direction she had been going and disappeared into the evening.

I was not sure what to do. I just sat there for a few minutes and took it all in. I had just been privelged to watch a very personal moment for this woman.
Things kept running through my mind, wondering about her, her life, who she had been dancing with as we watched. El Pueblo is filled with many spirits of people from
the past. They are all around us as we visit there. But I witnessed what I felt
was a very special event, an old woman dancing with one of those spirits of the past,
and for those brief few minutes, she was in both worlds.
Posted by jaymes at 6:26 AM 1 comment:

When you walk out the door in the morning and see this in the sky...... 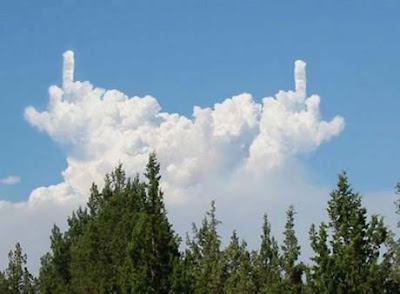 ....just go back inside, have another cup of coffee, and stay home. It's NOT going to be a good day.
Posted by jaymes at 6:04 AM No comments:

Know what this is?? 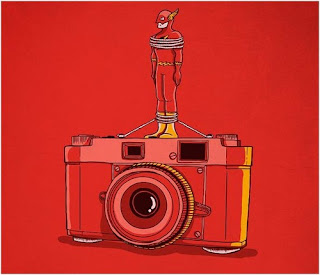 A friend of mine introduced me something new online, and it is called Tumbler. Now this is certainly not new online but it is new to me. For those of you who may not know what Tumbler is, it is where people can start their on kinda of blog and the ones I have been introduced to are primarily made up of pictures people have or have found on the web and post on their tumbler blog. Now there are thousands of these tumbler blogs with pictures of just about anything and everything you can imagine. I have a couple that I frequent regularly that have all kinds of funny things posted, some are kinda stupid but they really strike me as funny. So from time to time I am going to share some of these with you, hopefully you will find them funny too!! Enjoy!
Posted by jaymes at 6:34 PM 1 comment:

Alas, as I am sitting here writing this, my week off from work is coming to an end.
Today is Thursday and of course tomorrow is Friday and then the weekend. While we usually calls such breaks from work a Vacation, I tell every one I am taking a Staycation, but I am staying at home and not traveling anywhere. I have gotten a couple of weird looks (but honestly, I am used to getting weird looks)when I would tell someone I was excited about my upcoming Staycation. This is not my first Staycation, o no, I use to take at least one week of Staycation a year when I was living in Palm Springs. You see, I usually used one week, or at least a few days, of my vacation each year to go to Texas to see my family. That would leave me with one or two weeks left over to do something with. Usually I would take a week and just stay home and enjoy doing things around the city. I mean,I lived in Palm Springs!, the vacation capitol of Southern California!!

So a couple of months ago I realized I have accumulated 3 weeks of vacation time and
in just a few more weeks I would start accumulating 3 more weeks. I usually do not take much time off from my job, maybe a Friday here and there and a few days when Patrick take his vacation. I also realized that I was really getting tired, not your everyday work tired, but a deep down inside draing kinda tired you get when you work with the public over any length of time. As much as I love working with people, and consider myself a real people person, they can really drain the energy out of you.
So in May I told my Docs I was going to take this week off, I gave them 2 whole months to get use to the idea that I would not be in the office this week. They still kinda panicked the last Friday when I told them goodbye and I would see them
on the 28th. I have not gotten any texts of phone call so I guess they are
doing ok while I am away, but I am not kidding myself, I know I will have plenty to
do on Monday when I get there!!

But this week has really been a nice one. Patrick worked all week so I basicly had
the week to myself, which is what I really needed. Except for a couple of Doctor's appt during the week, I had no plans. And I kinda cheat with my days, I count the weekends too, so I actually had 9 days off which sound better in my mind than I am taking 5 days off!

So in the next post or two I will be sharing some of the highlights of my Staycation
I can honestly tell you I would recommend this to anyone, I feel more rested than I have in a long time. The hardest things I have really had to deal with is, not using
my time off to get things done around the house. I promised myself I would use this
week to do things for me and would do the projects I need to do around the house after this week is over. So far I have kept that promise but let me tell you....it has not been easy. lol!
Posted by jaymes at 5:56 PM No comments: