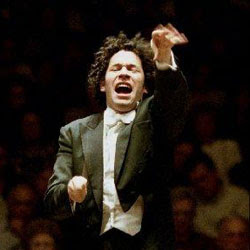 This past Thursday evening I got to do something I have wanted to do for several years now...attend a concert of the Los Angeles Philharmonic Orchestra!!!! But mind you, it was not just ANY concert, it was the Inaugural Concert of It's new Musical Director......Gustavo Dudamel!!!!!!!! Yep, and I got to go....FOR FREE!!! which just made the whole thing a little sweeter!

I have loved what my little brother always called "long haired music" ever since
I was in grade school. Actually I can not remember a time when I did not like listening to Mozart and all his buddies. My Mother thought this was wonderful and bought me several records (yes then we had records)and I would play them for hours.
If this was not a sign to them they had a little Queen in the making I don't know would have given them a clue. (Well maybe one Christmas when I had asked for a certain doll, and got a set of cap guys instead, and I looked up at my Mom after I had opened up the guns and said,"WHY?", that might have also been a clue for them)
Last week as I was listening to NPR as I was driving to work, they made the announcement that the LA Phil was having a special drawing for tickets to the
outside showing of the Inaugural Concert of Gustovo. All you needed to do was go the the LA Phil website and give them your email address and name,and on Tuesday their computer was going to select 2000 names at random and those people would win 2 ticket to the event on Thursday. So I made a note of myself ( as my brother says, "Note to self") and when I got to work I signed up, and forgot about it, sorta.

If you live anywhere close to Los Angeles you have known for several weeks now that Gustavo was coming.You may not have had a clue who he was, but you knew he was coming. He is on all the sides and rears of every bus in town. He face is smiling down from many, many, many bill boards all over town. Thankfully, he is a nice looking man and we don't have to look at a hideous face plastered all over the place!!

So on Tuesday I was at work and something made me remember that was the day they were selecting the names for the concert so I logged on and check and of course there was nothing in my mail box from the LA Phil. And the little voice in the back of my head said, "You really did not expect to win now did you??" So I just went back work and really did not think anything about it. The last hour of our day that day was really slow (you do not say dead in a Doctor's office) so I was killing time before we could leave and I checked my email again and there it was...."Congratulation, you have been selected to attend the LA Phil concert this Thursday evening!". I promise you I read it 3 times before it stuck in my mind.
I was so excited. I have always wanted to hear the LA Phil in concert but the tickets have always been a little pricey for me so I just did not sweat it. But now I have another task I had to do.....find someone who would go with me, because I knew Patrick would say, "That's great Baby, who are you going to take with you?" because I knew he wouldn't go. Not that he doesn't like "Long Haired Music", he's Gay, he has to, its a requirement for us. But I knew his work hours would interfer
with him being able to get there when we had to check in. So I texted our friend,Timmy, and in no time he texted back that he would LOVE to, and we were set.

So Thursday evening I met Timmy at the Dorothy Chandler Pavilion in downtown LA and we went through our security check, I had been sent a special email with a number on it that I had to bring with me and I had to have a picture ID. Once we went through security we were ushered into the outdoor Plaza were Timmy and I and 1500 of our closest friends were going to watch a simulcast of the Concert that was taking place inside beautiful Walt Disney Concert Hall, right across the street. We got to our place around 6, the concert started at 7. So we settled in and ate dinner (Timmy brought some things from a Chinese bakery and I bought what was probably one of the best hot dogs I have ever had from the vendor that was set up by us)and as more people started coming in and sitting around us, we started talking with them also.
EVERYONE was excited. You could honestly feel the excitement in the air.

The darkness started falling around us and the magical time was approaching. Then, right on time at 7pm, the large screen came alive and we were inside the Walt Disney Concert Hall right along with the 2000 people decked out in their tuxes and evening gowns ( and I was getting to wear a comfortable shirt and slacks and in my sock feet!). When Gustavo came on to the stage everyone went crazy. Shouting and clapping and whistling. The energy was amazing.

Now the concert was in two parts. The first half was a world premiere of a new work called "City Noir" by a man named Adams. Well to sum it up quickly for you....I did not like it. It was a modern piece and I am not a fan of most modern classical music.
For about 45 mins I listened to music that I could not get into or make head or tails of. And from what I heard around me at intermission I was not alone.

BUT, then came the second half and it was "Symphony No 1 in D major" by Mahler and it was
simply beautiful. As I looked around during the performance everyone looked as if they were in a trance. It was awesome. I really did not want it to end. After each movement, the crowd would go crazy with applause and in the end, Gustavo Dudamel received a standing ovation both in and outside of the Disney Hall. To sum it up,
it was a truly amazing evening. Wonderful music under a clear, starry night in downtown Los Angeles, truly amazing.

p.s. I would like to thank our friend Timmy for coming with me to exeperience this amazing evening. He and I and Patrick have had many adventures in the 9+ years we have been tegether, but it is a very rare thing that I get to spend some quality alone time with Timmy. The hour we got to share before the concert started just
added to the greatness of the evening for me. thanks my friend! 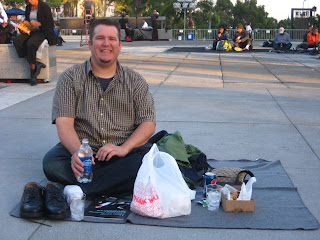 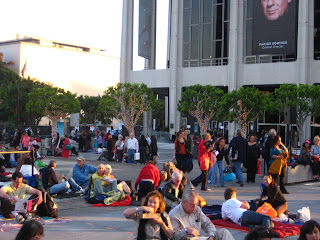 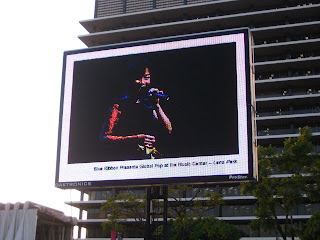 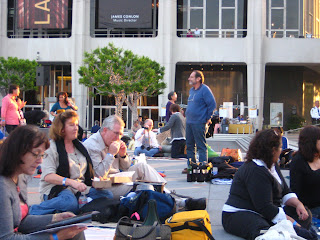 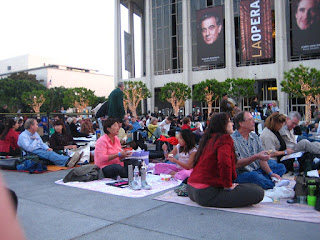 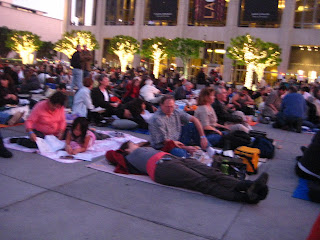 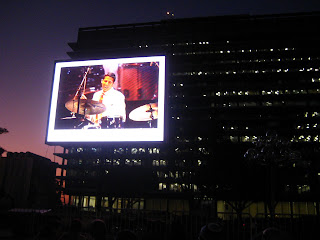 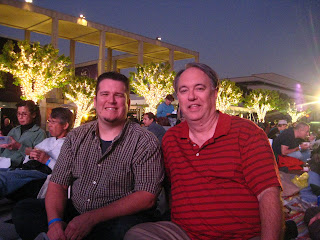 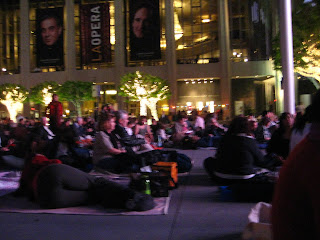 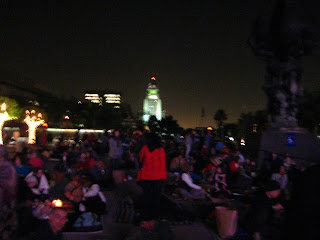 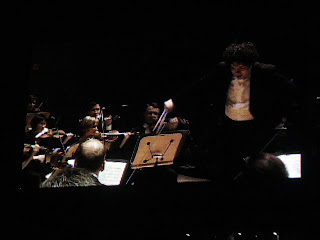 (to see any of the pictures in a large format,simpley double click on the pic)
Posted by jaymes at 9:21 PM 7 comments: